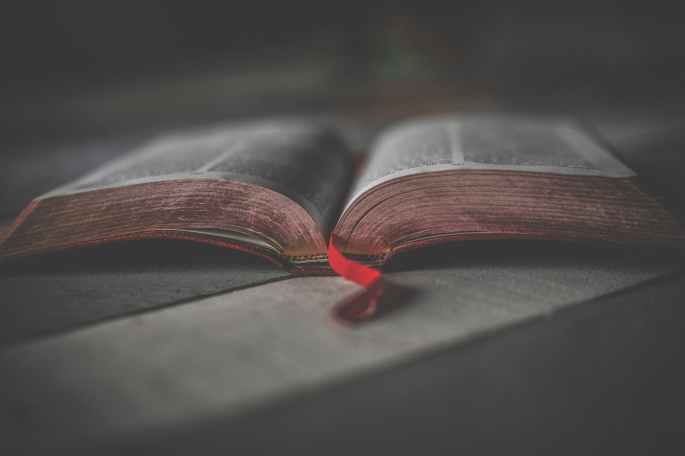 I’ve lately become very passionate about the art of Psalm-singing. I am convinced that is not only very helpful in our spiritual lives, but a biblical command as well. In this series on Psalm-singing, my goal is to argue for greater emphasis on singing Psalms both in private and church life. In my previous piece on Psalm-singing, I gave a brief introduction to the subject; now we will look at how Jewish music developed, culminating in the production of the Book of Psalms.

While many of the psalms were written much earlier, the Book of Psalms as we know it was most likely compiled after the exile of the Jewish people. One scholar said, “Rather than looking at the Psalter (Psalms) as an Old Testament worship hymnal, it is probably more appropriate to regard it as a final product of the Old Testament temple, compiled in preparation for New Testament Worship.”

Music has always been an important part of worshipping God. The first reference to a worship song is Deuteronomy 31: 19-25; God commands Moses to write a song and teach it to the children of Israel. The song is written not only to worship God, but to remember what He has done for Israel, and to teach and instruct them in what is right. Moses wrote a song for the express purpose of edifying the children of Israel! We see that God gave music an important role in Israel from the beginning, and Hebrew music continued to develop as time went on. Interestingly, there are references in the OT to two books that may have been songbooks:

The Book of the Wars of the Lord is quoted one time in Numbers 21: 12-15, its only mention. Many scholars believe this quotation is actually a fragment of a song! It’s interesting to note that two other song fragments are given in the same chapter, one immediately after the book is mentioned. We know very little about the book, but based on the name, many scholars believe this was an anthology of war songs.

We know a little more about The Book of Jasher. The events of Joshua 10:12-13 are said to also be written in the Book of Jasher. We have some more (very interesting) information in 2 Samuel 1. After the deaths of Saul and Jonathan, David writes a lamentation about their deaths. The word lamentation means something similar to a funeral dirge. David teaches this song to the children of Israel, and the song is (at least in part) recorded for us! Verse 18 says they taught the children of Judah the “use of the bow”, which is written in the Book of Jasher. Interestingly, the KJV has the words “the use of” in italics, meaning these words were not in the manuscript, but added for clarity. If you remove them, it could read as “and he bade them teach the children of Judah The Bow”. For this reason, some scholars believe “The Bow” to be the title of the song David writes. Regardless, it’s clear that this song is recorded in the Book of Jasher.

Based on the evidence we have, it is possible that the Book of Jasher was a collection of national hymns.

While worship had previously taken place in the tabernacle, King David became burdened about building a magnificent temple for God’s worship. His son, Solomon, fulfilled this dream, and there was a new central location for worship. It is recorded that Solomon wrote 1005 songs, and an extrabiblical source credits David with 4,050. Hezekiah, Moses, Asaph, and others are also credited with writing songs. Surely many of these were worship songs.

You can imagine it would take a vast library to store all these songs! Imagine the vast storehouses that must have existed in the temple to hold the various texts, including thousands of songs. Temple services included a Levitical choir that surely sang many of these worship songs. The temple worship must have truly been something to behold.

In 587 BC, the Babylonians sacked Jerusalem, destroyed the temple, and drove the people into exile. We don’t know what happened to the law books, song books, and other texts kept in the temple; they were likely destroyed or lost. Later, under Persian rule, the Jews were allowed to return to Jerusalem and rebuild. Ezra, according to Jewish and Christian tradition, was the one who compiled the Hebrew Scriptures into basic canonical form (including the Psalms) in this post-exilic period. As Ezra compiled the book of Psalms, he surely put great thought into which songs to choose, and how to arrange them. Remember, he chose 150 songs out of thousands!

The Psalms are not just thrown in together like a random hodgepodge; there seems to be a distinct order to their arrangement. In fact, many scholars believe that the book of Psalms is divided into five books. The first three focus on Israel’s faith in God’s covenant with them through David, and the last two focus on their faith that God will restore the Davidic dynasty in the future. Books four and five answer the crisis of Books one, two, and three: The fall of the Davidic line, and the hope that it will be restored (in Jesus Christ) Serious and involved planning and theological reflection went into the compilation of the Psalm – it is a praise book formed in expectation of the coming Messiah, the Son of David, Jesus Christ.

The Psalms point towards Jesus Christ; can you imagine the joy the disciples would have felt, meeting the Christ they had been singing about since they were children? In the next article on Psalm-singing, we’ll examine the use of the Psalms in the New Testament, and throughout church history.